The mineral has been specially cut into a unique size by a master cutter, the natural texture of its surface has been preserved. This mysterious mineral has been known since ancient times. The name comes from the Greek "firestone", as pyrite, when struck against metal or stone, creates sparks. For centuries, pyrite has been confused with gold. In the Middle Ages, it was the most popular material for conducting alchemical experiments – scientists of that time were firmly convinced that it was pyrite that was the very "philosopher's stone", which, according to legend, is able to give its owner wealth, happiness and eternal life.

Pen's hardware is made of brass, the coating is black titanium (applied by galvanization). The cap is threaded, can be screwed on both from the side of the pen and on the end of the pen.

Nib - Iridium Point (Germany) with a carbide tip. Optionally, the pen module can be replaced with a roller module (please, indicate in the comment to the order).

The pen comes with a designer box made of black craft cardboard filled with coconut fiber, on which the pen in a velvet cover is tightly fixed, tags and stickers indicating that the pen is made by hand. The box is stamped with the workshop's signature wax seal.

As with other natural wood items, strong shocks and damp storage environments should be avoided. Although the pen is made of high quality, it is recommended to treat it with care :)
Love my items as I love them :) 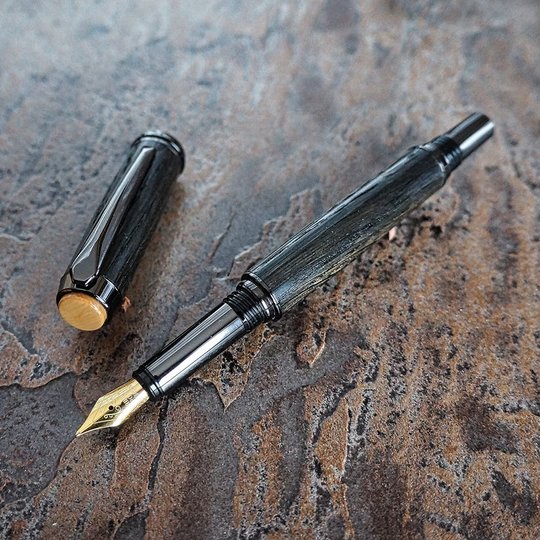 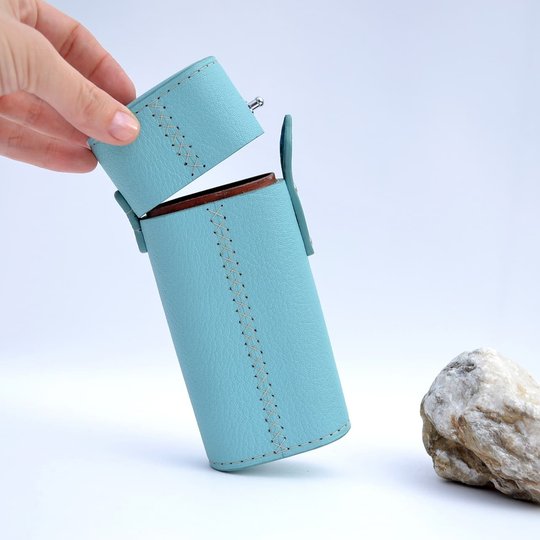